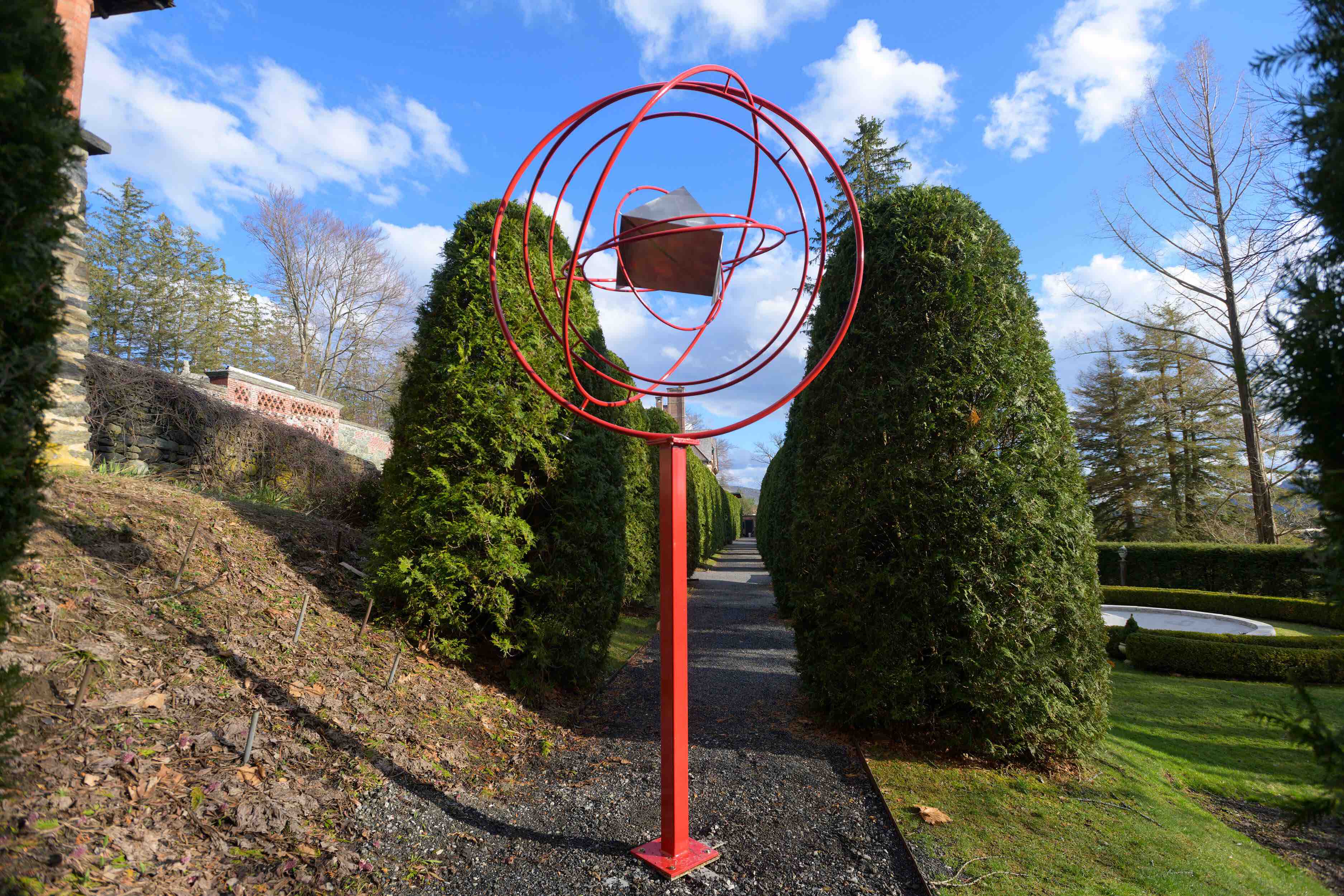 While most of George’s sculptures were geometric and named after the shapes he used, he began creating a series of sculptures that he called Space Churns in the mid-1950s, just as the race to get to outer space was featured in the news. This one was made the year before Neil Armstrong’s first steps on the moon in 1969. The shapes and motion are inspired by our solar system, with Earth and other planets and objects orbiting the Sun at different speeds.

Draw and title your own moving sculpture, inspired by a current event or by nature. Show your design to your parents or friends, and explain how your artwork will move in space.

By George!
Rickey At Home
< See All Rickey Kids