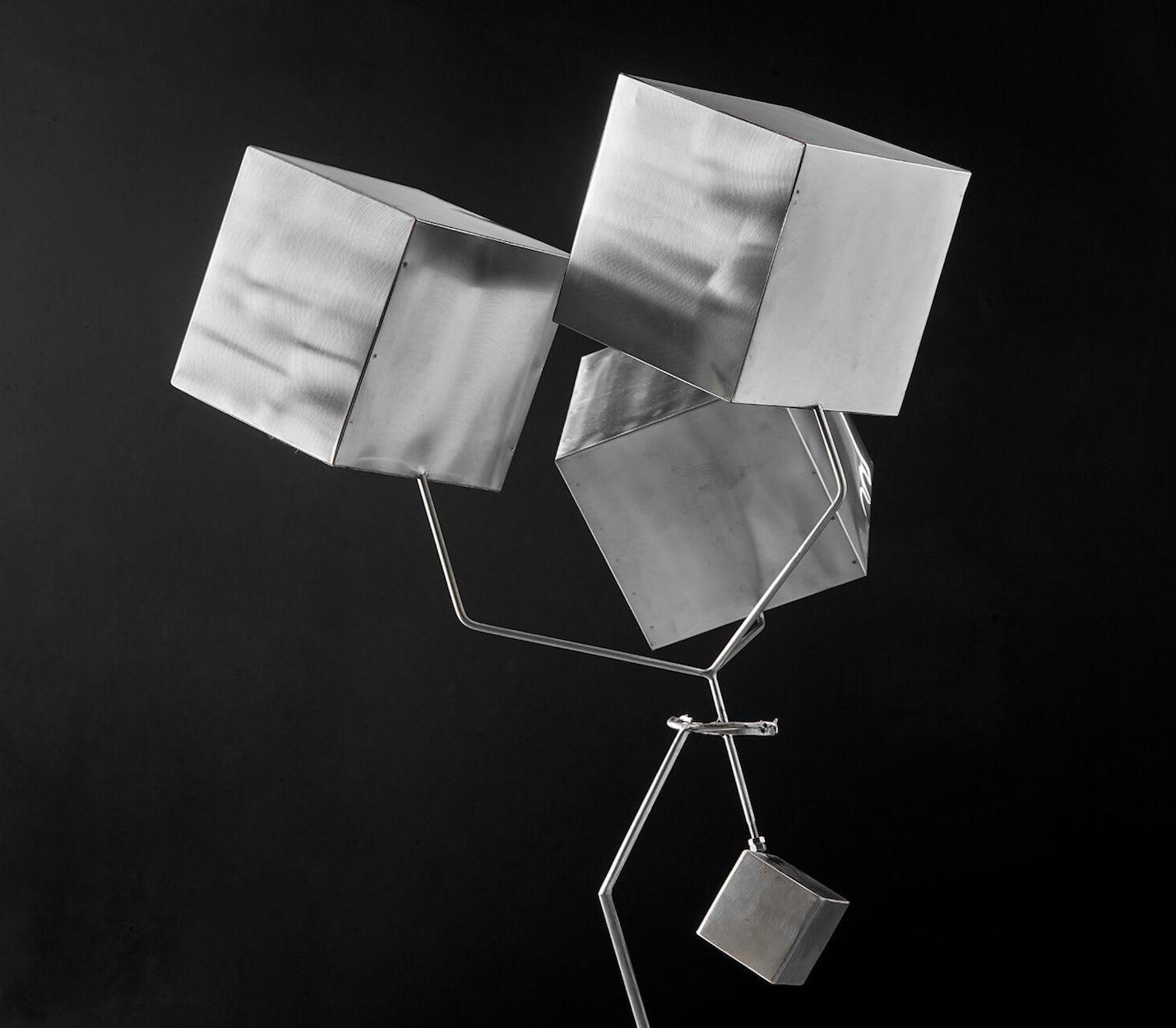 Axel Vervoordt Gallery is proud to present its first solo exhibition of American kinetic sculptor George Rickey (South Bend, Indiana, 1907–Saint Paul, Minnesota, 2002), in collaboration with the George Rickey Estate and George Rickey Foundation. The exhibition on view from May 14–October 1, 2022, which took place in the Terrace Gallery as well as in the open air of Kanaal, showed a selection of his sculptures, which he referred to as “useless machines.” Often intended to be placed in public spaces, Rickey always created an intriguing field of tension in his sculptures, in which geometric, constructivist metal parts, sometimes weighed up to hundreds of kilos, but were set in motion by light air currents. The manually grinded components of the works are chosen by the artist and always remain the same, but the movement driven by the will of nature is unpredictable and always different. The sculptures invite to a moment of rest and stillness, as they reveal their true nature only after some time and pause.